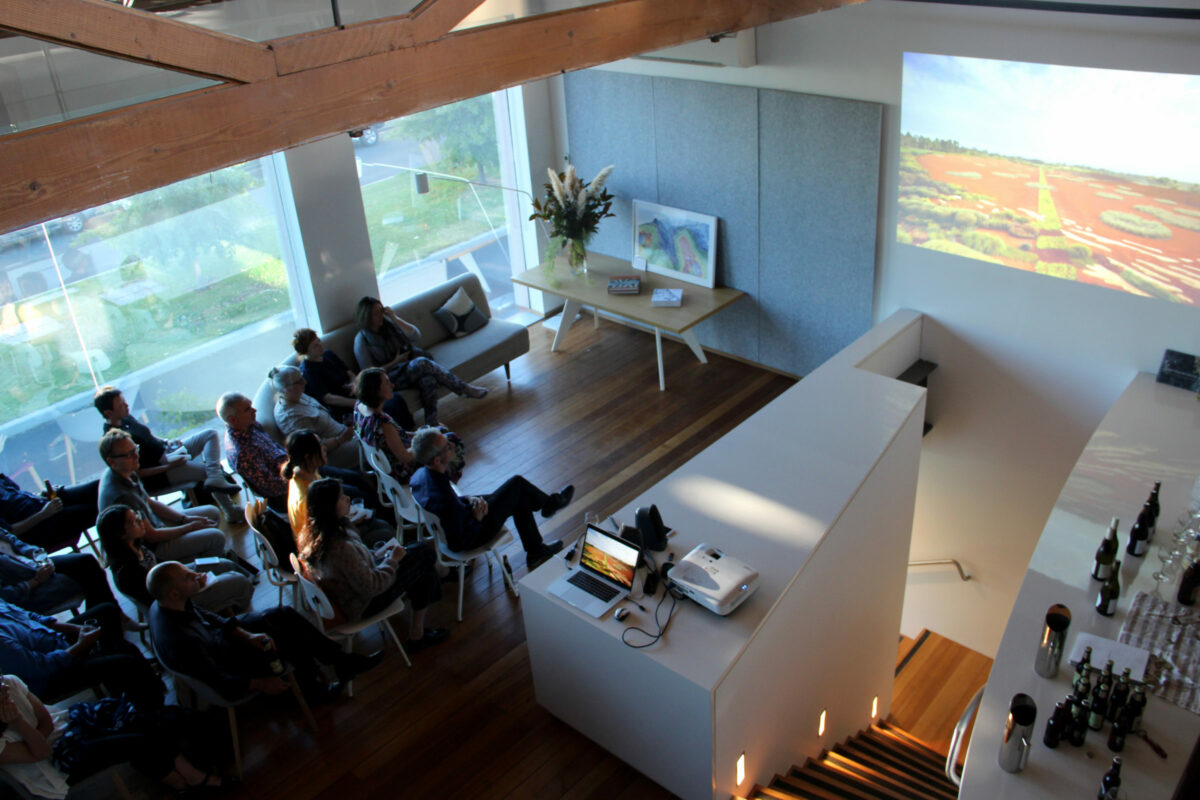 Over fifty friends, colleagues and members of the general public packed TCL’s Melbourne studio for a discussion on the future of botanic gardens.

Part of the Melbourne Design Week program, TCL hosted a film screening and pair of short talks on the topic of botanic gardens at its Melbourne studio, attracting over 50 attendees.

Attendees were treated to a premier screening of the 25-minute documentary Jardins Extraordinaires, which tells the story behind the Australian Garden in Cranbourne designed by TCL and Paul Thompson. Following the film Professor Tim Entwisle, Director and Chief Executive of Royal Botanic Gardens Victoria, gave a presentation on the evolving role of the Royal Melbourne Botanic Gardens and the challenges he and his team faces as they try to maintain the garden’s relevance in a rapidly changing city.

Dr Amy Hahs, Director Urban Ecology in Action, University of Melbourne, spoke of the ecological importance of large urban gardens, which are unique in the city for the rich plant diversity. She also drew parallells between gardens and golf courses in their ecological values, as places of plant diversity and high management regimes.

View images taken from the event above.

Stay tuned for our upcoming event in Adelaide!