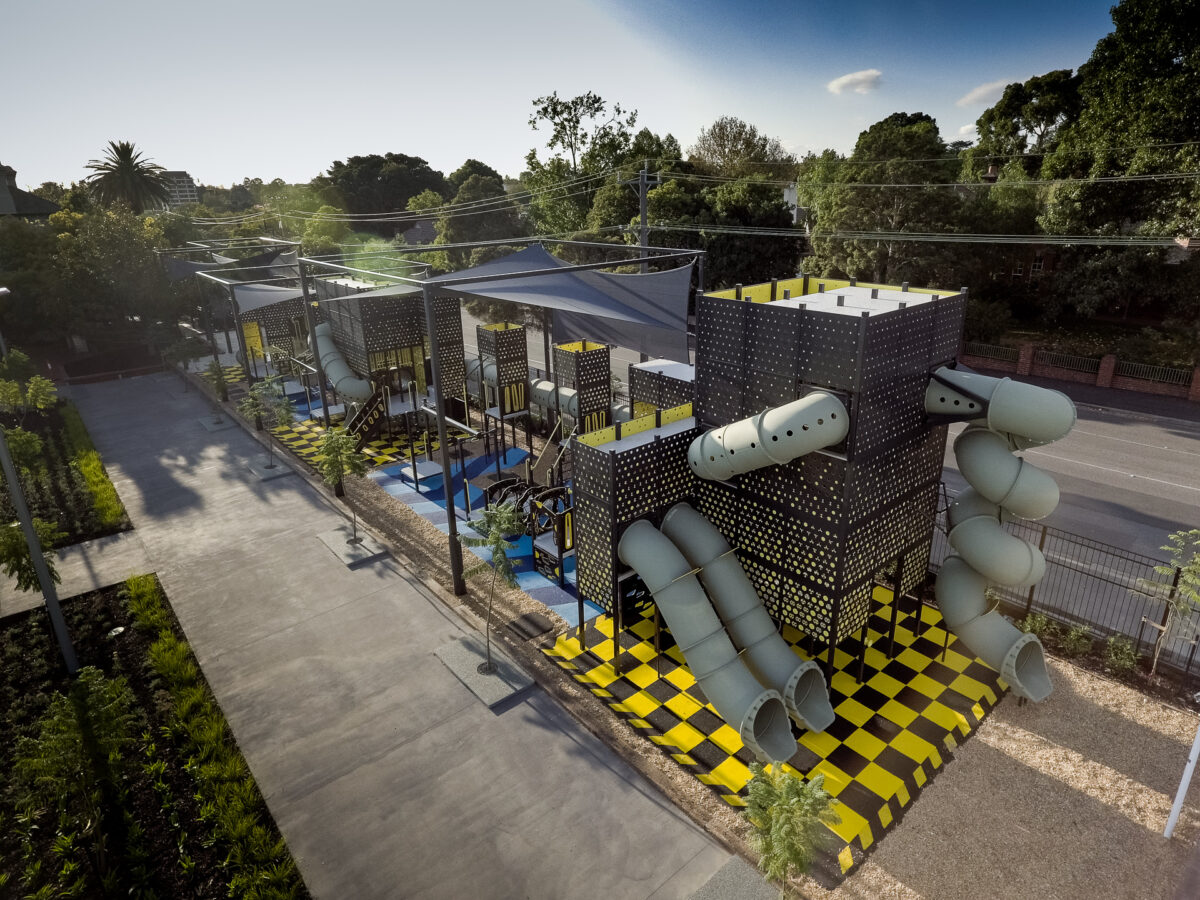 Students at Trinity Grammar junior school in Melbourne’s Kew were literally chanting with excitement at the official opening of the school’s new playground, designed by TCL and fabricated by a_space.

The school had outgrown its previous playground – an unremarkable series of off-the-shelf structures – and wanted to replace it with something bold and iconic that would not only cater for increased demand, but also take advantage of its prime street-front location and communicate a positive message about the school and its offering to students.

A custom cladding system was developed that expressed the school’s signature colour, yellow, through circular perforations in the outer powder-coated black steel casing. The effect is highly graphic and vibrant, but in a more refined manner than the way colour is typically used in playground design. To not compete with the cladding, a muted green (‘sea mist’) was chosen for the slides and connecting play tunnels. A highly graphic pattern was also employed on the groundplane with patterns of yellow, black and electric blue that offer opportunities for games and direct movement throughout the playground.

At approximately 40m in length, the playground is loosely divided into three grades of difficulty, with the western end focused on play opportunities for the junior students, including a sand pit and small slides; and the eastern end tailored to older students (up to year six), with the structure and slides reaching over 6m in height.

The playground is the crowning piece on a wider upgrade of the school grounds, which included a new enclosed sports field, new planting beds, trees, and an upgraded interface with Charles Street.