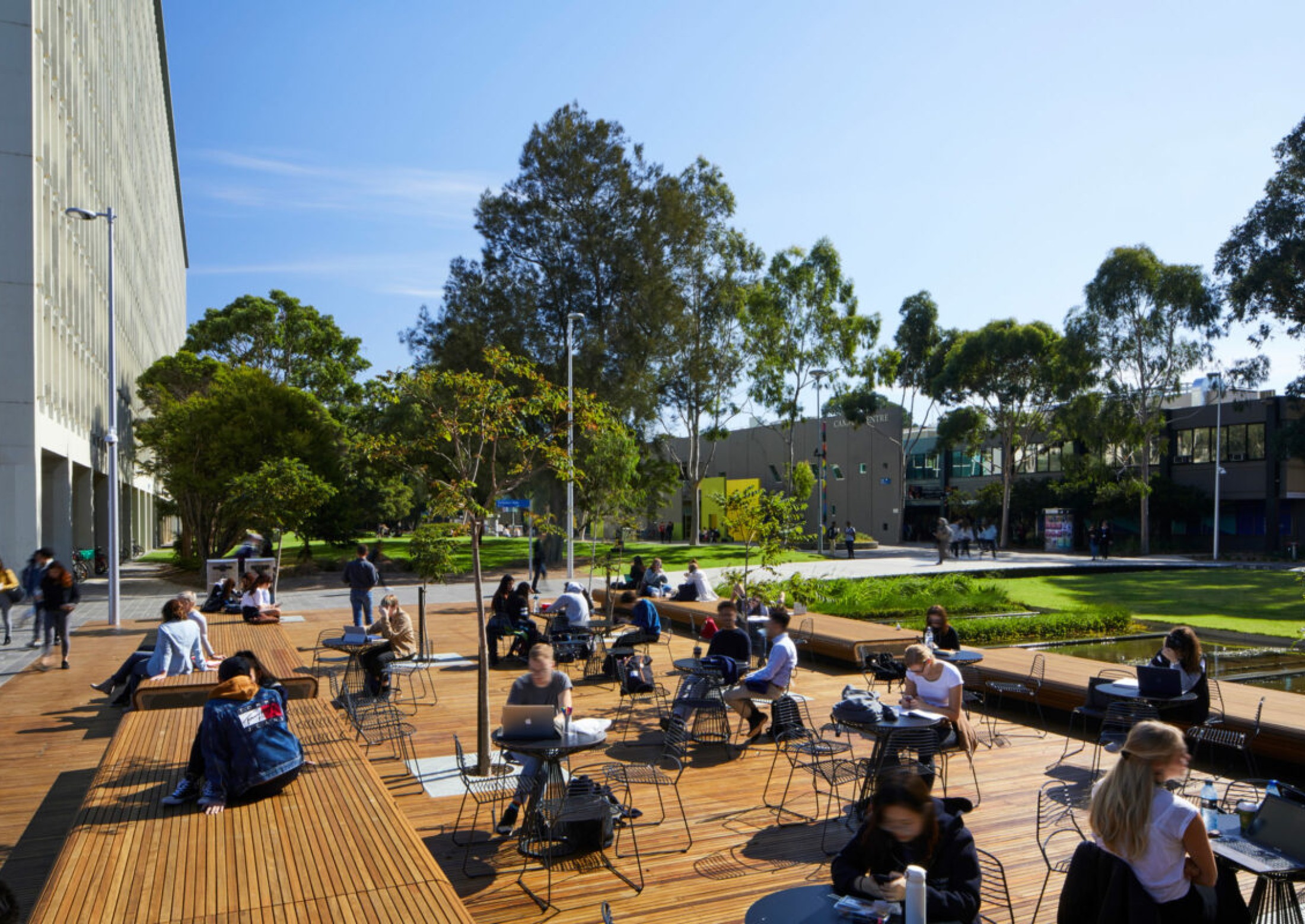 Monash University Forum
The design of the Forum reasserts the formal qualities of the Landscape whilst responding to the contemporary relationships of students on campus.

Awarded as part of a two-stage competition, this project was designed and delivered by TCL with Peter Elliott Architecture and Urban Design.The design of the Forum, Monash Clayton’s premier ceremonial space, was based around three key moves: to edit out compromised elements; re-establish the fundamental structures of the space; and then insert new elements. The editing process saw the removal of selected trees and the ‘de-cluttering’ of the space – removing built form intrusions particularly steps and ramps, and extraneous pathways, to provide a new seamless and accessible integration between building entries and open space.Established as a single plane, the space has clarity and is reinforced in its ‘civic-ness’. The grand new sunken lawn is the centrepiece of the Forum, bordered by strong axial pathways. A sequence of bridges connects the paths across the lawn and reference Sir John Monash’s contribution to bridge engineering. The original pond has been reimagined as a formal, naturally-filtered water feature. The new Forum provides a memorable backdrop for graduation, events, and daily university life. 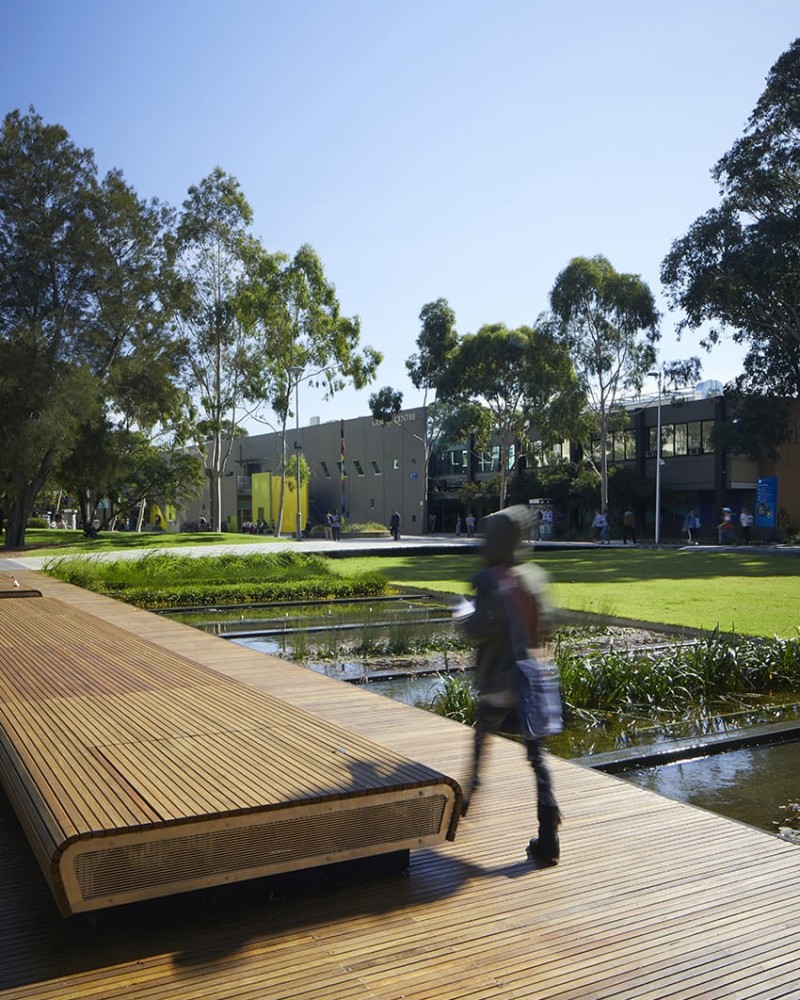 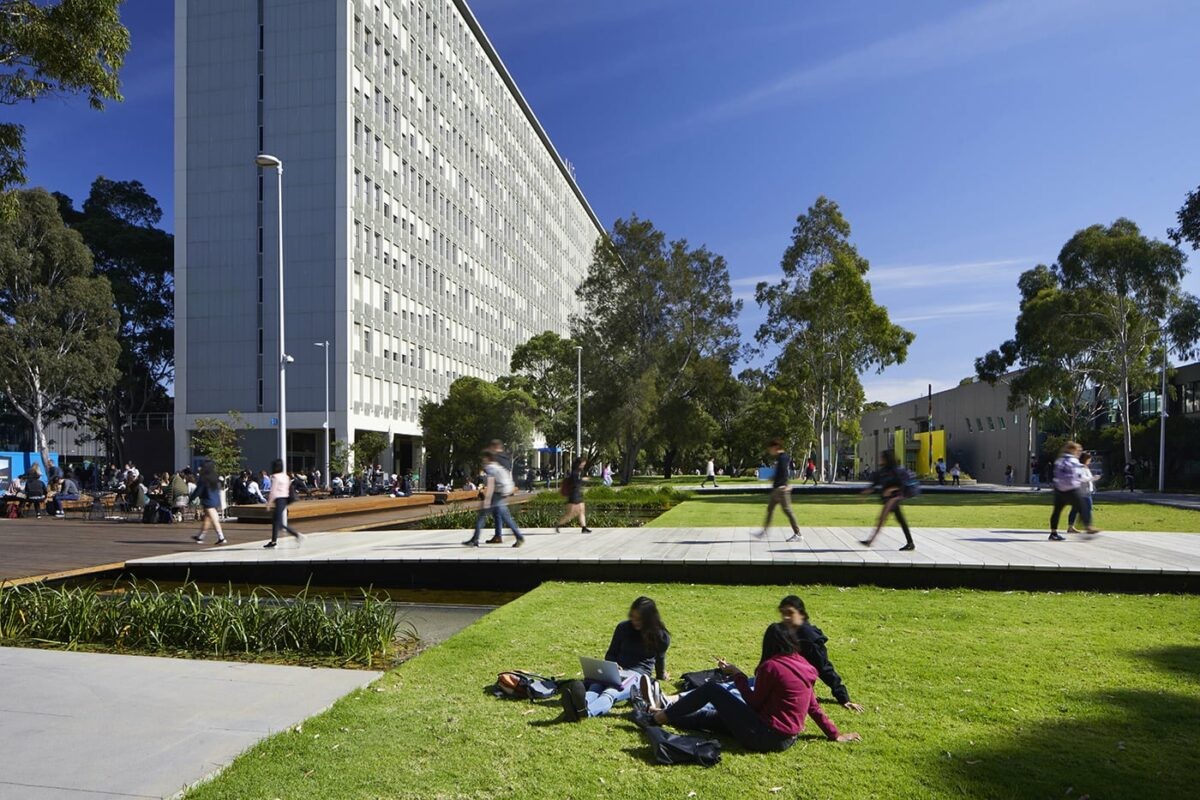 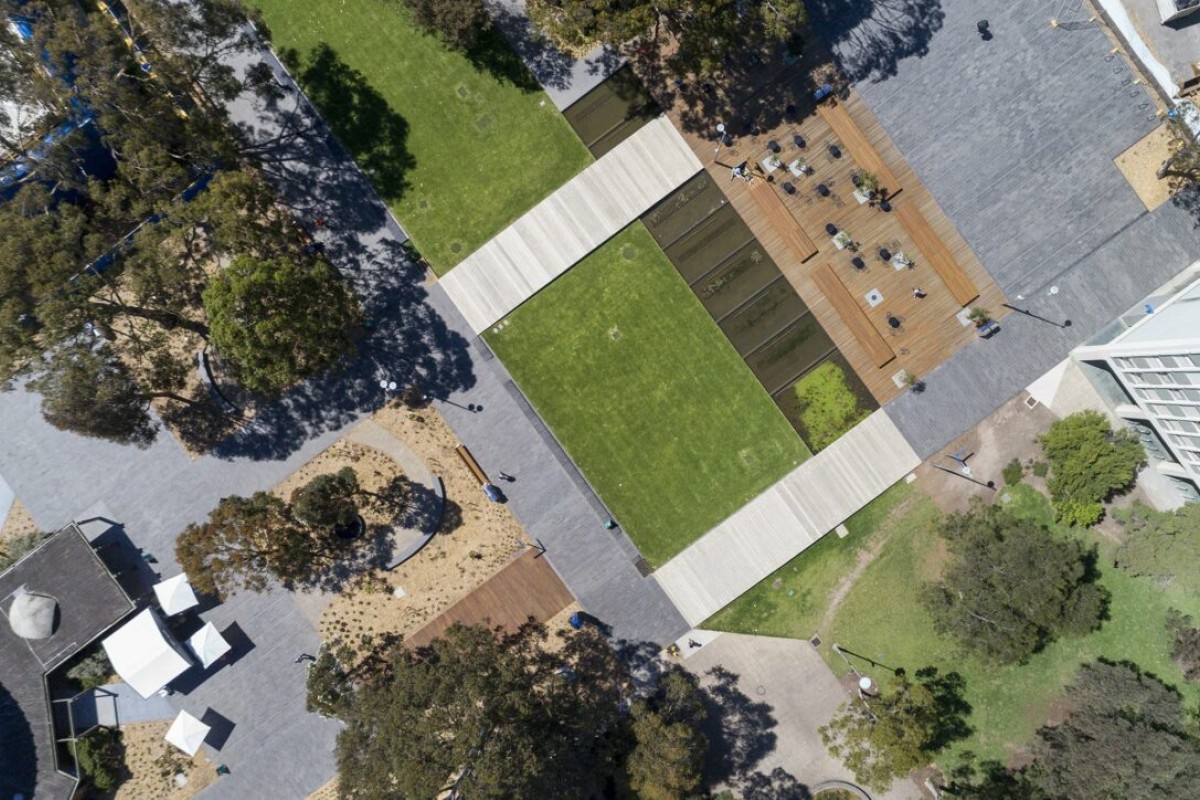 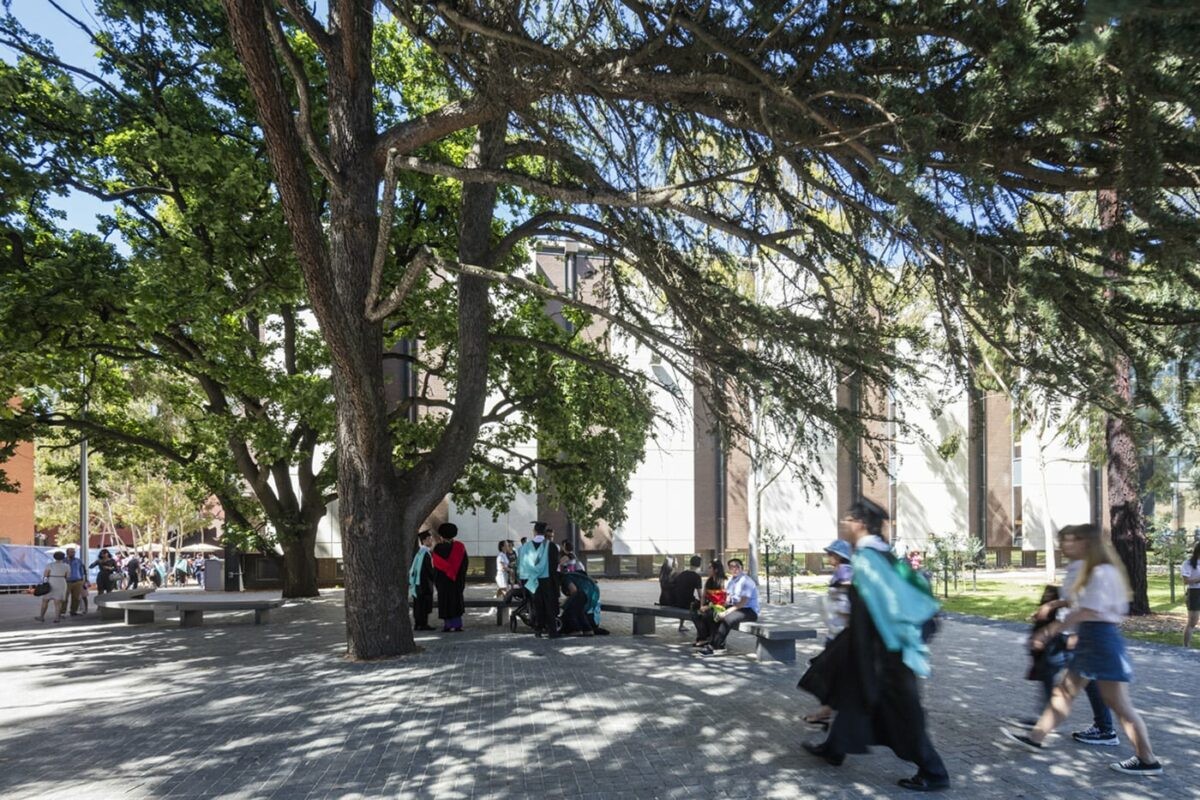 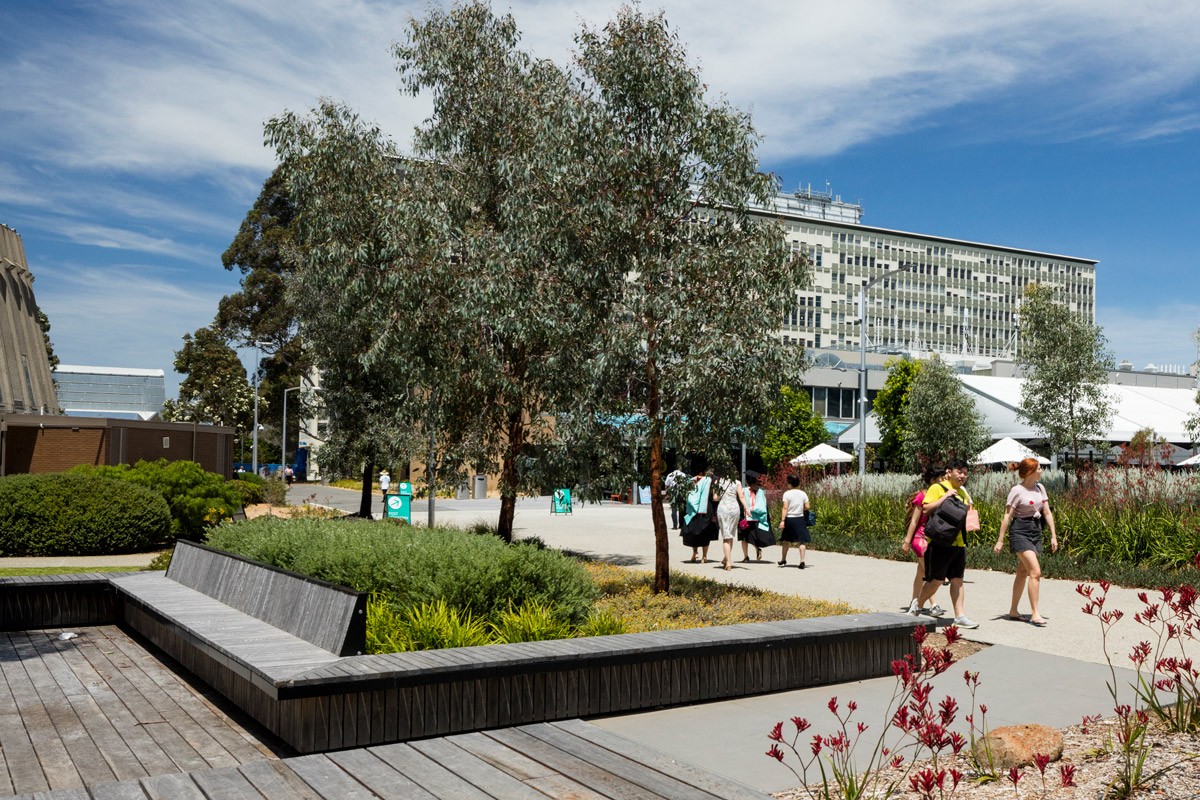 Share Project
Facebook, Twitter, Linkedin, Email
T.C.L acknowledges all Aboriginal and Torres Strait Islander people — the traditional custodians of the land on which we work. We respect their continuing connection to land, waters, and culture and recognise that sovereignty has never been ceded. We pay our respects to Elders past and present.