Two Adelaide projects to feature on Australia By Design 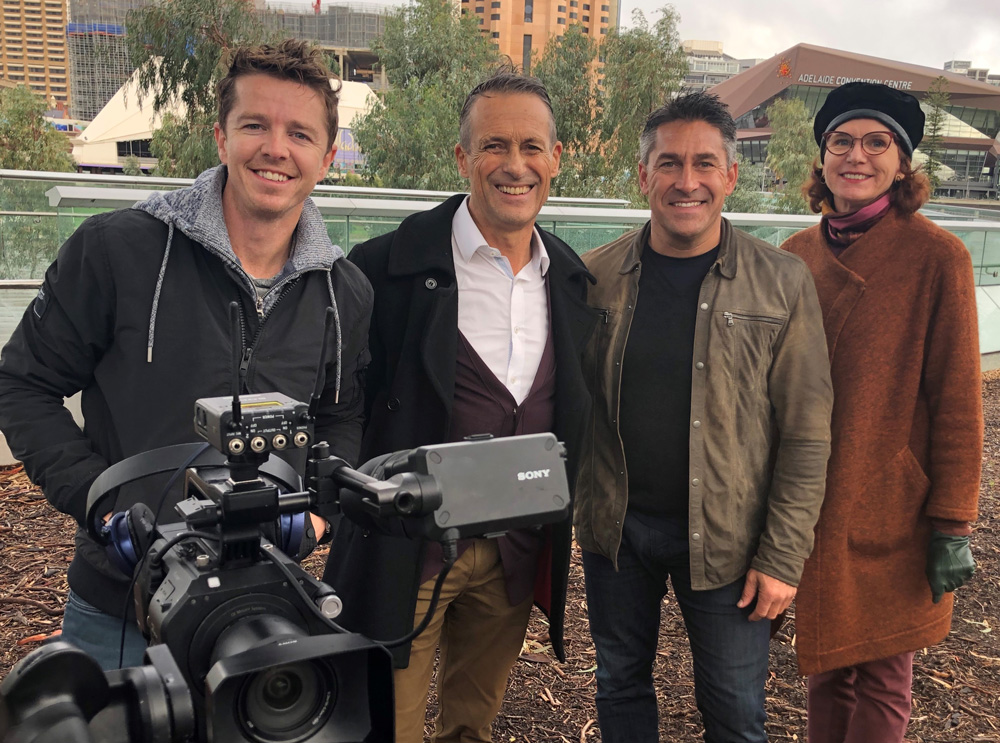 Braving cold and squally May weather, Kate Cullity and Damian Schultz both fronted the television camera recently for the Channel 10 TV show Australia By Design.

Damian Schultz was first up giving a tour of TCL’s award-winning Adelaide Botanic Garden Wetland, discussing the design narrative as well as the performative aspects of the project, which acts as a large reservoir for the wider gardens.

Later in the day Kate Cullity joined Peter Tonkin of TZG on the Riverbank Pedestrian Bridge in central Adelaide to give ABG host Jamie Durie a tour of the bridge and the new public spaces and pedestrian connections to both the Adelaide Oval and the city it has created.

Both segments are due to be screened on Channel 10 later in the year.

It’s not the first time TCL has featured on the program, with both the National Arboretum and Australian Garden appearing in the 2018 season.